What does forced marriage mean?

If you do not want to marry, you did not agree with a marriage, you are browbeaten and feel like being forced, then it is a forced marriage.

You have the right to decide freely, if and who you wish to marry! Love and marriage must not be forced! A forced marriage has nothing to do with religion!
If you are not willing to marry, maybe your family will exert pressure on you. They will try to urge you to marry. There are different forms of pressure, such as: 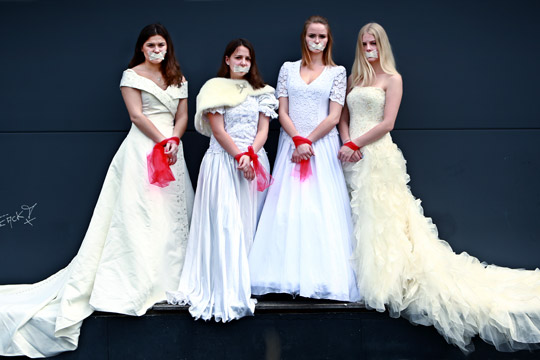 It is not always simple and possible to clearly differ between a forced marriage and an arranged marriage. A decisive criteria is, whether any pressure is exerted on you, and if you have the chance to say ‘no’. It depends on your personal evaluation, whether there is a forced marriage or not and what is to be considered as a constraint.

So you may feel a certain constraint, while your parents are considering their behaviour as ‚soft pressure’. There are girls and boys accepting the person chosen by their parents as their spouse who however have the final say themselves with the decision. Forced marriage means that the marriage is celebrated against the will of the bride or groom. Lot of pressure is exerted on you, and a refusal may have bad consequences for you.